Lars Edvall is a singer/composer/multi-intrumentalist/producer who resides in Stockholm, Sweden. With acknowledged both live and studio skills he has entertained audiences all over the world. Songs he has written as part of the successful Beatlife team has travelled over all continents (well, maybe except Antarctica) and as a live performer he has sung on Sweden’s biggest TV event, the pre-entry for the Eurovision Song Contest, and played for different types of audiences as a drummer, keyboardist and singer for a whole lotta years. He has also coached vocals on a talent TV-show, conducted choirs, arranged for symphony orchestra and recorded voices for animated films. Anything more? Yes, it’s true – he can jump ropes with his arms around himself.

The follow-up album, ”Failure Anthems”, of his first actual solo release – a project called Sad Jack – was released in July 2020. 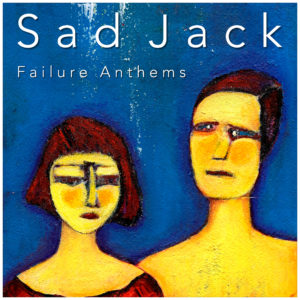